Why Are My Spruce Needles Turning Colour in Fall? 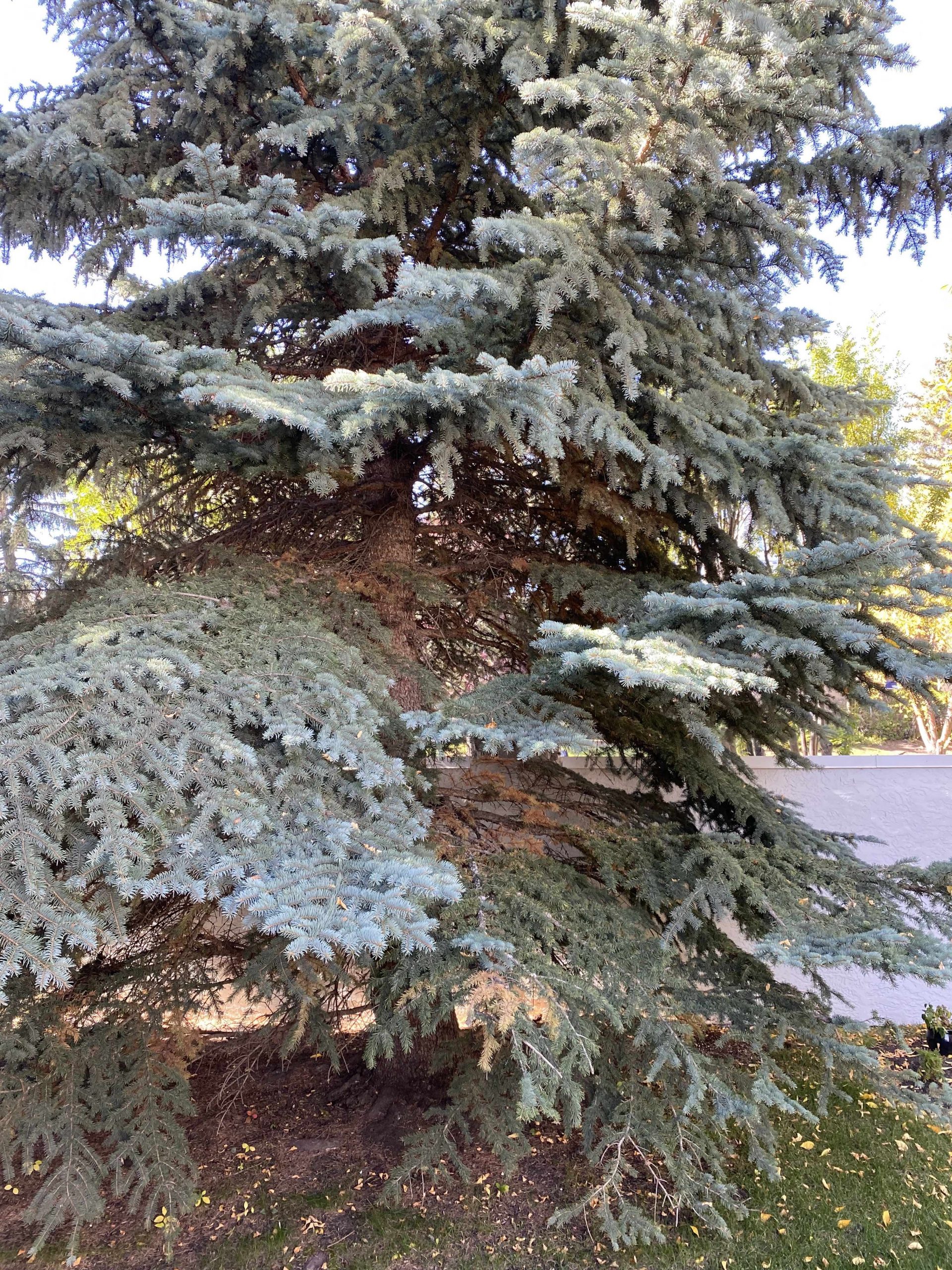 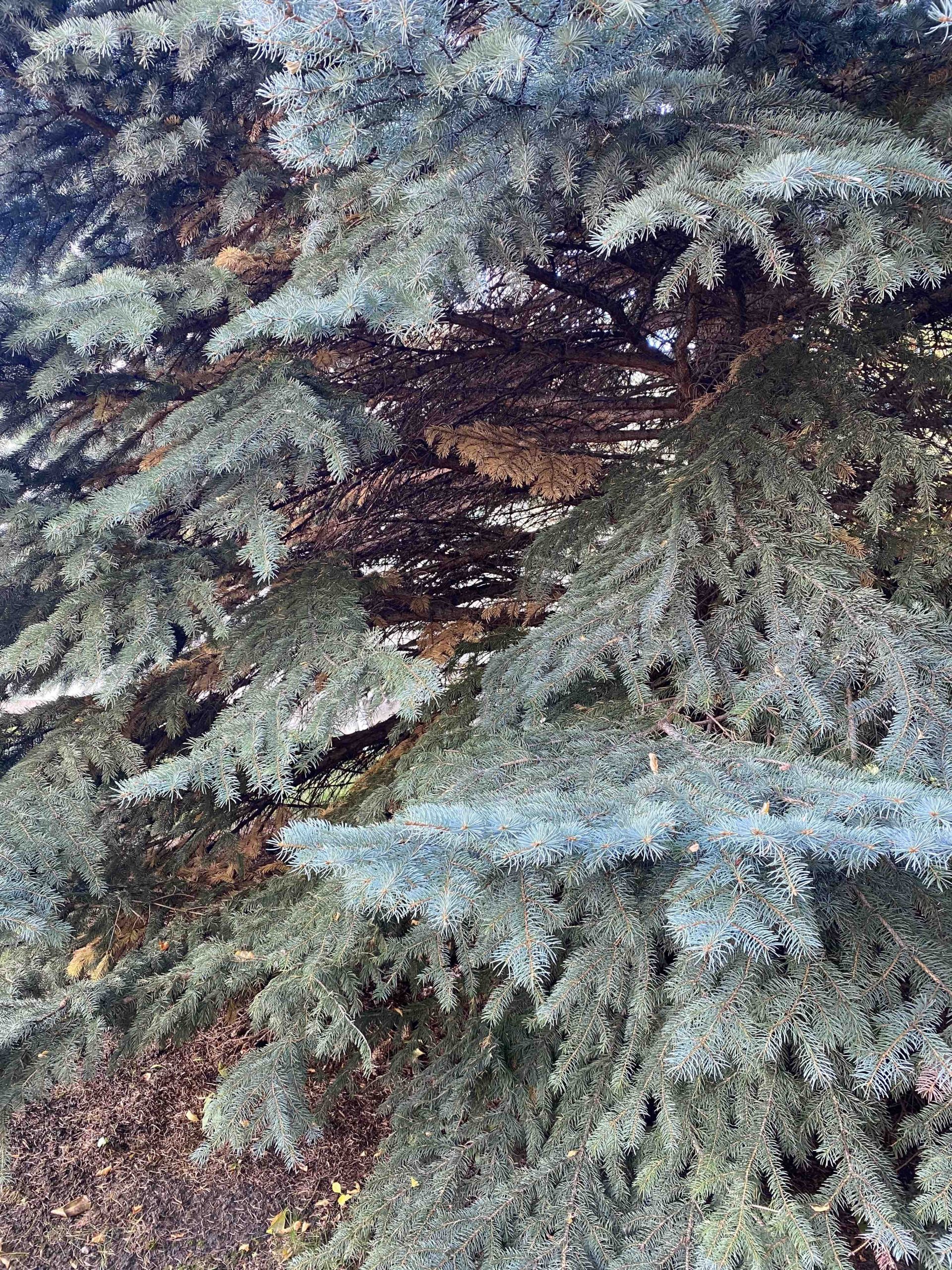 The most common customer concern I receive in September has to do with dying orange needles on spruce trees.  Pines, cedars, and other conifers do the same.  For the most part, this is a normal phenomenon.  Individual needles only live a few years and then turn colour and die in the fall.  Often, this natural needle death is confused with signs of fungal diseases or insect infestations, and customers want a solution in the form of a spray.  There is usually no need to spray for this.

Fall needle death can be exacerbated by an extended summer drought, or an insect problem such as spider mites.  The summer of 2021 was the driest in 20 years, and we saw obvious fall colour on conifers that fall.  Over the years, I’ve come to believe that many stress-inducing factors can lead to an increase in fall needle death, such as compacted soils, infertile soil, insufficient area for root growth (ie. trees growing in small areas surrounded by concrete), and poor nursery stock or poorly planted trees.

Normal needle death occurs on the oldest needles that are closest to the interior of the crown, or closest to the main trunk.  This area is also the shadiest, and needles need light to grow, so it isn’t surprising that shaded needles die out.  The term “evergreen” is a bit of a misnomer, as evergreen needles don’t last forever.

So when is needle death not normal?  There are many examples: discolouring or dying needles in other seasons other than fall, needle death in specific patches, needles dying at the tips of branches, chewed or wilted needles, brown needles in late winter or early spring, etc.  If you’re unsure of why your tree is changing colour, give us a call.