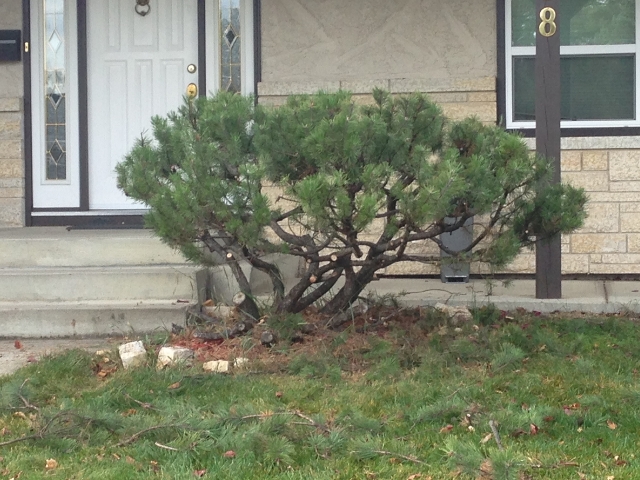 Mugo pine is among the most commonly planted coniferous shrubs. It is also one of the hardiest and most reliable.  We use several different varieties in our landscape designs, and most recently we’ve been playing around with columnar mugo pine, a narrow, upright variety with very compact foliage.  I never gave mugo much thought until a few years ago when I discovered Japanese pine pruning, and realized the potential for pruning mugo in very creative ways. For those interested in making more of your pines, I strongly recommend the book Niwaki, by Jake Hobson.  A couple of years ago, a friend and I got together and brought Jake out from the UK for a weekend to give a lecture and demonstration on Niwaki pruning.  Since then, I’ve been hooked. 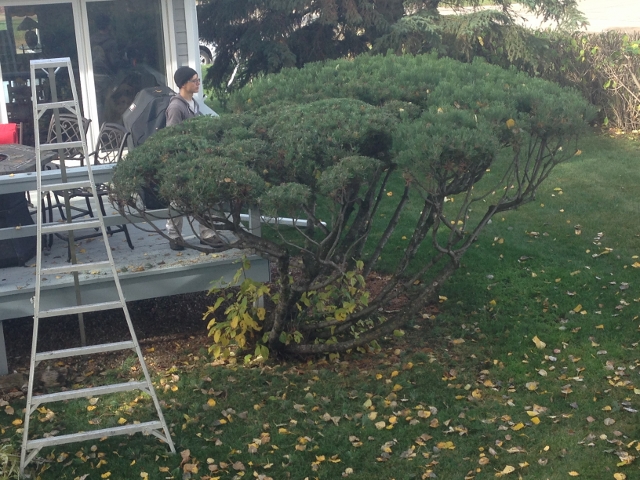 To suppress growth and encourage a more compact, dense form, pinch candles by half in early June during the growth flush.  Wayward and broken branches can be pruned any time of year. If you prefer the sheared look to pine (not generally recommended although mugo will tolerate repeated light shearing), shear after the growth flush from early summer onward.

A properly placed mugo needs very little pruning.  That is, if it gets the sunlight that it needs and isn’t crowded by surrounding trees and shrubs, it can grow into a very nice form, generally.  That said, I’ve seen plenty of old, splayed-out specimens that have terrible form and look highly unattractive in the garden.  If you notice your mugo going AWOL, you may need to address a few wayward branches.  It is also nice to remove the deadwood every year or two to clean things up.

The cultivars ‘Mops’, ‘Pumilio’, and ‘Slowmound’ are dwarf varieties that don’t require pruning to maintain their form.  We frequently use them in our designs for this reason.

I don’t commonly shear pines, but there are a few exceptions.  As you can see from the picture, it is possible to use mugo to create a “cloud” effect, which can add interest to the garden, especially in winter.

Avoid over-shearing or over-pruning.  As with most other conifers, mugo pines do not sprout from old wood.  Over-pruning past the needles can lead to unsightly voids in the canopy.